But first, before discussing the contributions, something should be said about S.J. (Joe) Quinney. Joe was born in Logan, Utah in 1893 and became a talented lawyer, prominent businessman and ski industry pioneer. He had a statewide impact, being a founder of the law firm of Ray, Quinney and Nebeker, a founder of Alta Ski Area, a member of Utah’s House of Representatives, a prime force in Utah’s legal and business community and a lifelong supporter of the arts and culture in the State. 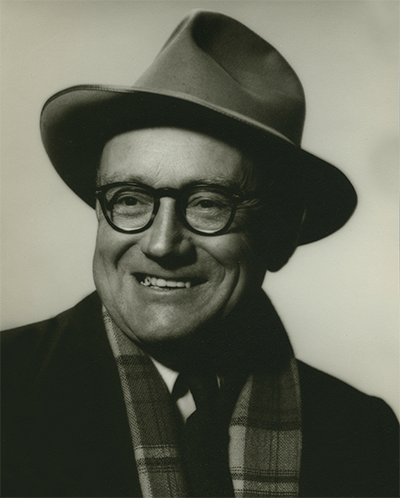 Joe had a storied 60-year legal career. He served as counsel to George S. and Marriner S. Eccles of First Security Bank, Amalgamated Sugar Company, Utah International, Anderson Lumber, and Pioneer Wholesale Company. He was also a member of Holy Cross Hospital advisory board, and a director and officer of the Utah Symphony. He was an advisor in the founding of the George S. and Dolores Doré Eccles, Nora Eccles Treadwell, and Emma Eccles Jones Foundations. And Joe, with his wife Jess, developed, and funded the S.J. and Jessie E. Quinney Foundation.

The Quinneys began making meaningful philanthropic gifts such as a $100.00 contribution to the library at Utah Agriculture College, their Alma Mater, with the words, “Good books, well-read are indispensable to the educated, cultured person.” That gift, made in 1928, was followed up many years later with a gift to the University of Utah College of Law to establish the S.J.Quinney Law Library. Then, in 1995, the Quinney Foundation made funds available for an endowment for the Wallace Stegner Center to help support the work in natural resources that Joe and his wife, Jess, so firmly supported and believed in. These gifts demonstrate the commitment the Quinneys had to invest in students and their true potential. 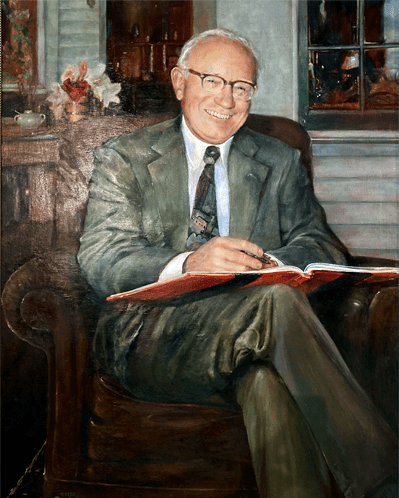 The portrait of Joe Quinney was unveiled at the dedication of the College of Law library. As many can see, when they visit the Law School, the portrait accurately projects the “twinkle in his eye,” as pointed out by Herbert C. Livsey at the ceremony honoring Joe and the Foundation’s gift in 2001. Livsey went on to state that “Joe was a very dynamic individual and had many, varied interests. . . . When Joe traveled he always took his skis and a tuxedo.”

Joe’s legacy has had an enormous impact, most directly, on students. At the time of the initial gift, it was noted by then Dean for Student Affairs, Barbara J. Dickey, that “students are the ultimate beneficiaries. ‘Scholarships will directly aid [them], enrichment programs will enhance their law school experience, professorships will attract the highest caliber faculty, and library and technological developments will allow us to keep pace with the latest in computer technology.”

All of Dean Dickey’s prognostications have proven true. We have an amazing faculty that rivals any law school in the country. The students attend law school in a beautiful and LEED platinum building with the most advanced technology available. And the student body is made up of highly qualified, diverse and committed students who strive to use their legal degrees to create a better tomorrow.

Dean Elizabeth Kronk Warner, the first female and Native American dean at the College of Law, said,“The gift was truly transformational and has allowed us to do and accomplish so much –from providing student financial support to supporting world class research and activities of faculty. There is not a day that goes by that I do not thank Joe Quinney and his family for the exceptional gift and investment in the College of Law.” 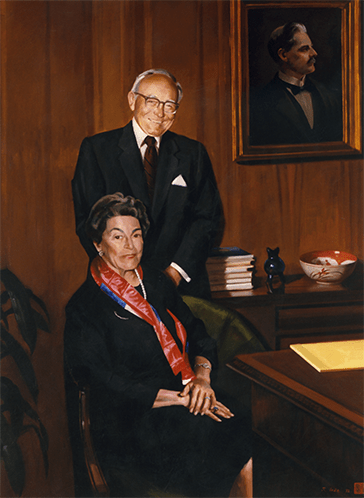 Dean Reyes Aguilar, Dean of Admissions, commented on the student body qualifications that, “At the time the Quinney Foundation made its gift, the impact on our ability to recruit students was immense and over time has contributed to our ability to maintain a top 50 ranking status. What could not be anticipated at the time the gift was established was the important role it played in helping to hold us in good stead through the years following the Great Recession when the student recruitment environment became exceptionally competitive. I am truly grateful for the gift made to us by the Quinney Foundation. It has made a difference!”

Chase Gary Peterson, ’22, who received a Quinney scholarship in 2019-2020 wrote“I cannot thank you enough for your financial assistance to my education. You allowed me the opportunity to pursue a law degree at a world-class institution in a wonderful city that I have been very grateful to call home. Thank you again.”

Joe’s legacy can be found in every area of the state, from Alta Ski resort to the Utah Symphony, but most importantly, for us, his legacy to the law school is deeply felt and greatly appreciated. Joe’s example that the value of a legal education can benefit the public should not be lost on any of us. Our goal is to provide the best legal education possible. Because of the Quinney gift we can more readily achieve this, and as we do, we contribute to a better society. Our highly educated and engaged graduates are exactly the type of lawyers the College has historically produced and continues to produce to this day.

Our gratitude to Joe, his example, his family and their legacy can never be forgotten.

by Robert B. Keiter - Director, Wallace Stegner Center for Land, Resources and the Environment

As we celebrate the 20th anniversary of the naming gift given to the College of Law, the Wallace Stegner Center for Land, Resources, and the Environment is deeply indebted to the S.J. and Jessie E. Quinney Foundation for its many years of support and involvement.

Joe Quinney had a lifelong regard for natural resources and western landscapes. Together with eight other men, he formed the Salt Lake Winter Sports Association in 1938, which later became the Alta Ski Lifts Company. In 1967, he received the Winter Sports Award from the Salt Lake Area Chamber of Commerce, and, in 1975, he was inducted into the National Ski Hall of Fame. In his middle age, Joe ran the Snake, Yampa, Green, and Colorado rivers. The Grand Canyon and the red rock country of southern Utah inspired him. His attachment to northern Utah—especially Logan Canyon and his summer home at Bear Lake—was a constant throughout his life.

Given Joe’s interests, it was perhaps natural that he developed a close friendship with Wallace Stegner, the Pulitzer Prize-winning author and conservationist. The two of them enjoyed spending time together at Bear Lake, where the Stegner family joined Joe and his family on several occasions. Joe’s daughter vividly remembered babysitting Wallace’s son, Page, who enthusiastically endorsed the Quinney Foundation’s early interest in the Stegner Center following Wallace’s death in 1993. Indeed, the Quinney-Stegner friendship marked the starting point for the tremendous support the Quinney Foundation has given to the Stegner Center and the College of Law.

In 1997, the Quinney Foundation provided initial endowment funding for the Stegner Center. This gift enabled the Center to hire a part-time Associate Director, and underwrote a named professorship in natural resources and environmental law, which Professor Bob Keiter has since occupied while serving as the Center’s Director. In 2001, the Foundation provided additional funding to help support a full-time Associate Director. With this financial footing, the Stegner Center has maintained a leading role in preparing tomorrow’s leaders in environmental and natural resources law and policy through the College’s J.D. and LL.M. programs. In addition, the Quinney funding has supported the Center’s public educational programs, including its annual symposium and noon-hour green bag series, which promote greater community awareness, understanding, and involvement in contemporary environmental issues. As a result, the Center is now among the top 10 ranked environmental and natural resources law programs in the United States. 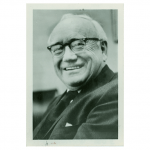 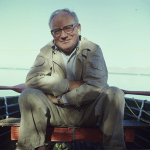 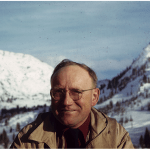 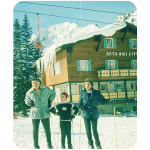 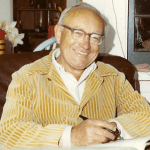 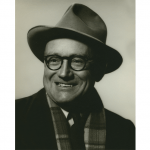 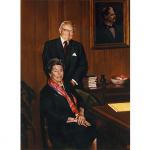