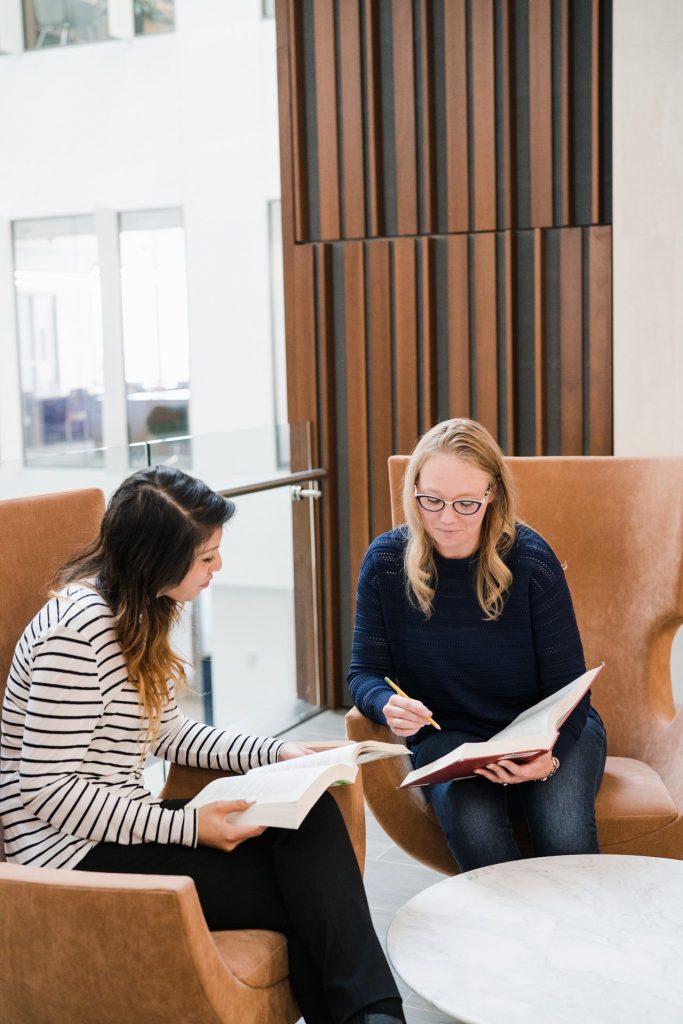 As a first-generation college student, Emily Nuvan had to figure out the ins and outs of higher education largely on her own – and she didn’t even have law school on her radar at first. “Growing up, I was always told I should be a lawyer,” Nuvan said. “I wasn’t sure that was a compliment, so I kind of resisted it at first. But when I was doing my bachelor’s degree, studying political science and economics and learning about inequality and the problems of poverty, I finally realized that lawyers can have a big hand in making things more fair. And that really intrigued me.”

She began law school at the College of Law in 2017, where she quickly set herself apart with her thoughtfulness, motivation, and strong research skills.

“Emily wants to make the world a better place, and she isn’t just dreaming about it in a wide-eyed, idealistic way,” said RonNell Andersen Jones, a professor and associate dean who worked closely with Nuvan on several research projects. “She’s organizing her time and energies to make a real difference in concrete ways, and I admire her immensely for it.

During her 2L year, Nuvan became president of the Public Interest Law Organization, matching up with her desire to eventually work in criminal justice reform. She also got involved with the Utah Law Review, the college’s student-led group in charge of scholarly journal publications.

Nuvan was elected by her peers to the position of Executive Symposium Editor on the Utah Law Review board. Every year, the Utah Law Review releases four issues: one general issue, one environmentally-focused issue, one issue focused on social justice, and a symposium issue. The team in charge of the symposium issue picks a timely legal subject and then not only produces the journal full of legal scholarship about the subject, but also plans and manages an academic event focused on that subject.

The 2019 Lee E. Teitelbaum Utah Law Review Symposium, titled “News, Disinformation, and Social Media Responsibility”, brought in legal scholars, tech experts, and members of the media from across the country to discuss the changing issues of media law, the shifting norms of press freedom in an age of easy disinformation, and the threats of virality in disinformation campaigns.

“This is such an important issue, with what's going on in the world today,” Nuvan said. “I mean, pretty much everybody interacts with social media in some way, and more and more people are getting their ‘news’ from social media. Basically, the way that news has been delivered in the past is changing, and it’s fascinating to see how social media companies will tackle the problem of disinformation spreading through their channels. How do we stop it? And whose responsibility is it?” 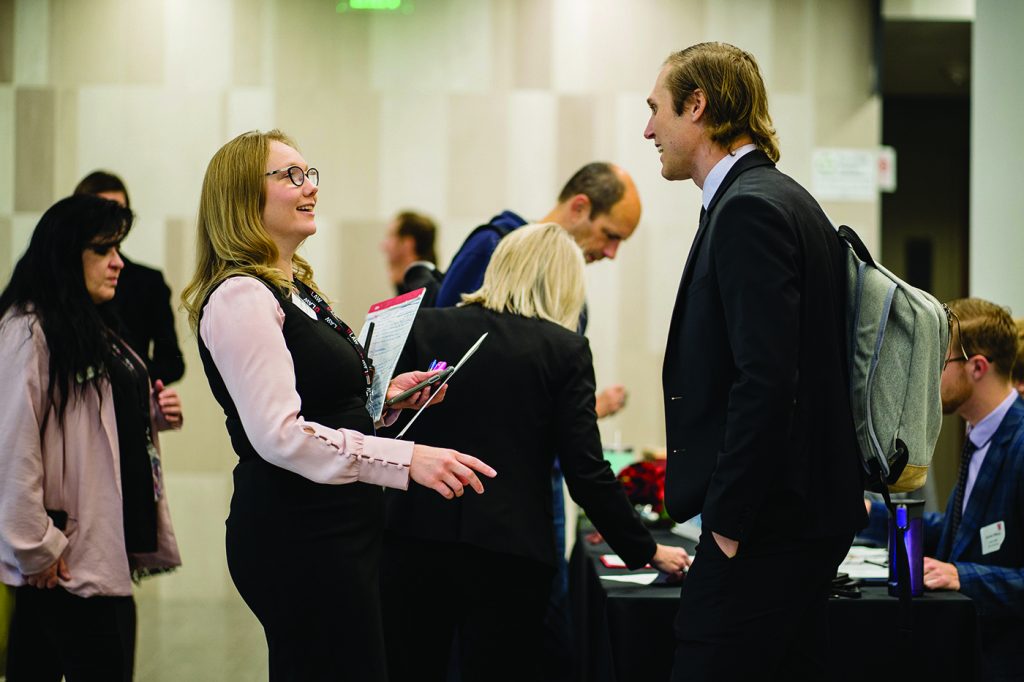 Those are the kinds of questions that were raised at the 2019 Utah Law Review Symposium, which featured keynote speaker Jameel Jaffer, director of the Knight First Amendment Institute at Columbia University; Dahlia Lithwick, senior editor and legal correspondent at the magazine “Slate”; and even Andrew Pergam, a representative from Facebook who announced changes to Facebook’s policies at the event.

Nuvan’s job behind the scenes of the symposium was to work with Andersen Jones and Professor Erika George to select timely topics, coordinate all the notable speakers and presenters, and create an event that was intellectually stimulating and brought forth meaningful legal discussion.

With a crowd of over 200 people and media coverage from several local newspapers and television stations, the 2019 Utah Law Review Symposium was a huge success, thanks in large part to Nuvan’s efforts.

Along with the legal research and leadership experience gained, there’s another benefit to participating in law review: how it looks on your resume.

“It does reflect very well on you if you participate in law review,” Nuvan said. “It’s not for everyone, and you don’t necessarily need it, but it is a big plus. Big law firms especially look for law review participation, and it’s almost a requirement if you want to clerk for a federal judge.”

Nuvan’s role in law review (along with her many other accomplishments) earned her a year-long clerkship with a federal judge after graduation. After her clerkship ends, she hopes to gain experience in the courtroom before moving on to her ultimate goal, criminal justice reform in either the public defense office or the prosecutor’s office. “Either way, those would be dream jobs for me,” she said. 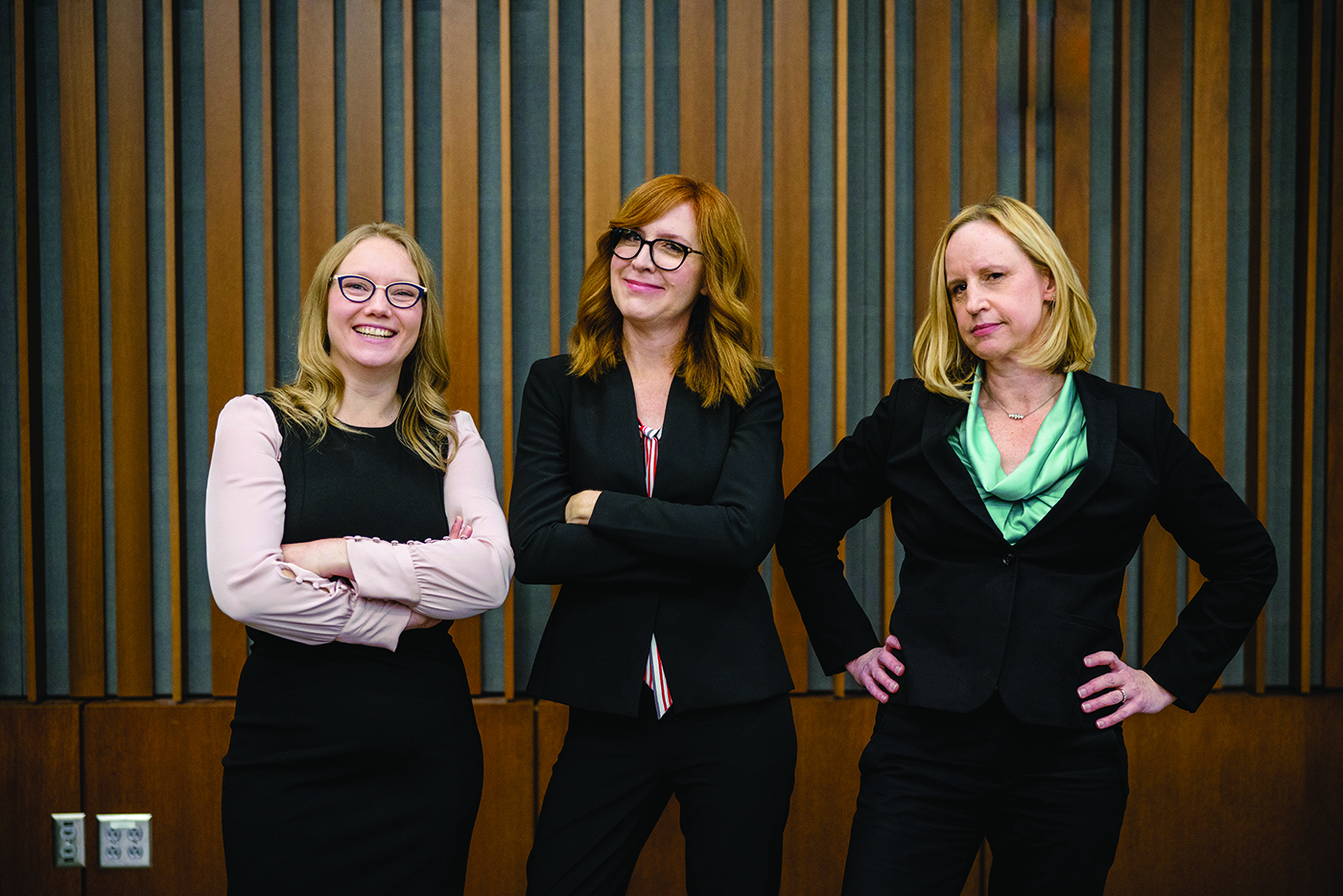